I am contacting you today regarding a serious situation currently involving our KVHA players. Three videos were sent to KVHA showing our own KVHA players "Locker Boxing" in a locker room. For those who do not know what "Locker Boxing" is, it is literally a boxing match using gloves and a helmet. Below is the definition from Wikipedia:

Helmet boxing or Locker Boxing (also called a "Cage Rage" or "Helmet fight" or "Helmets and Gloves") is a game played by primarily teenage hockey or lacrosse players in their dressing rooms or basements.[1][2] These are generally not supervised by adults. Participants wear helmets and sometimes gloves and fight in the middle of a locker room. The object of the game is to score as many hits on the head as possible until the opponent is knocked down, gives up, or their helmet falls off.

The game is often seen as rite of passage for players and fighters feel peer pressure to participate. There is false sense of security among teens that face and head are protected.[3]

An editorial in the May/June 2006 Clinical Journal of Sport Medicine brought attention to the game and its risk of concussion. The teenagers also frequently video tape the game and post the videos to video sharing websites like MySpace or YouTube.[4][5]
---

Those parent who had players involved in the videotaped incident have already been contacted.

I probably do not need to tell you how dangerous this is, but many of our kids don’t think the same way. After some investigation, we have found that this problem is not specific to this one team, but is sport wide, and not just in hockey either. Most kids know what "Locker Boxing" is and have either participated as a fighter, watched as a spectator, or heard about it from their friends. The general response we have heard from players, is that they are just messing or goofing around. Well this type of messing or goofing around can lead to concussions or much, much worse. Below you will find a report provided to me from USA Hockey/MAHA that you can review. It has some actual case results and they are not good results either.

KVHA is therefore immediately requiring that each team's Head Coach talk to their players about this issue, even if they think their team would never participate in this type of activity.

Future incidents of this nature will result in an immediate suspension of the players involved either as a fighter or as spectator. All will be subject to a disciplinary committee hearing and possible expulsion from KVHA. Please take this very seriously, KVHA certainly is, for the safety of the kids.

KVHA is recommending that you talk to your child about this very serious issue also.

Helmet & Gloves - A New Piece of the Concussion Puzzle 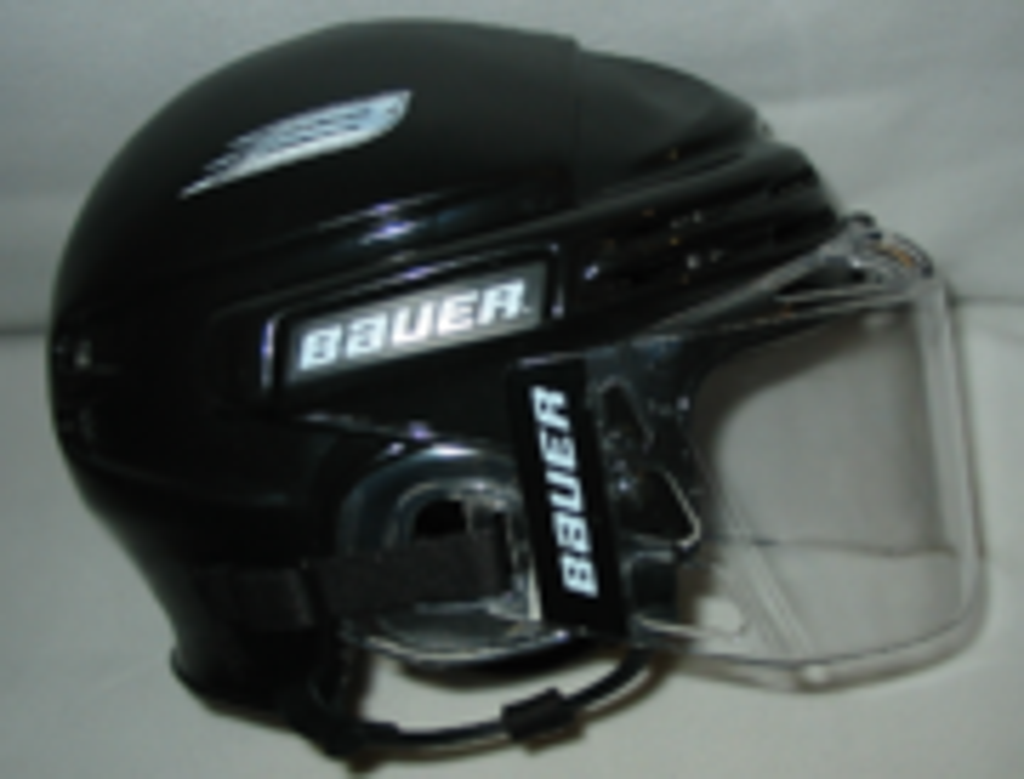