The KVHA House program is our recreational hockey program for the youth in Brighton and surrounding communities.
We offer programs for all ages:

Our Mini-Mite, Mite and Squirt teams play in the KVHA In House League with minimal travel.   These divisions receive 2 hours of ice per week.

Our Peewee, Bantam, and Midget teams participate in the Little Caesar's Amateur Hockey League (LCAHL),  which requires some travel.    PeeWee teams receive 2 hours of ice per week and the Bantam and Midget divisions receive 3 hours per week.

Timing of the House Hockey Season: 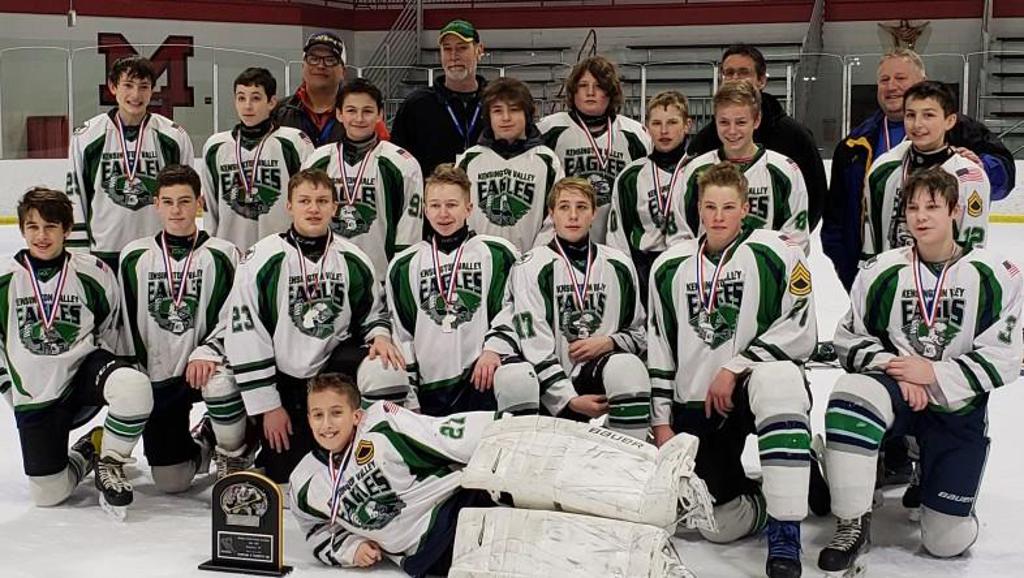 Congratulations to our Bantam Eagles for making it to the D-4 Finals! They were defeated by Honeybaked in the final but had a great run in Districts going undefeated to make it there! 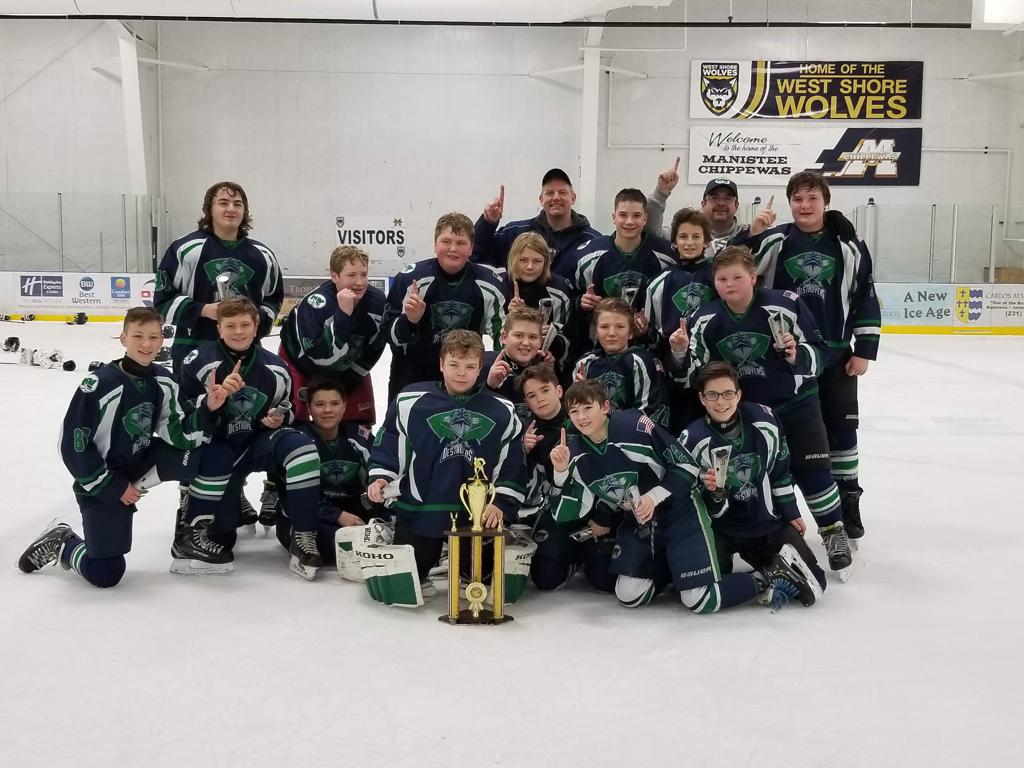 Bantam Destroyers Ludington Deep Freeze Champions 1-21-19. They beat Port Huron by coming back from a 3-0 deficit to win 4-3 in overtime

In addition to the KVHA registration fee, there is a monthly per player fee for each division.    These fees include the costs for ice time, referees, administrative costs, and trophies and awards.  The fees do not include tournaments  that the team may participate in during the season.   Fees for tournaments, extra ice time and other events will be collected independently by each team.

The link below is where you will "register" to make your ice payments, and while this looks similar to the initial registration, it is completely separate and must be completed to initiate your monthly payments .    On-line payment setup needs to be done ONE TIME ONLY, regardless of whether you choose to pay in full, or set up monthly installment payments.  Ice payments are due the 1st of each month, beginning September through February.   Payments can be set up using MasterCard, Visa, or Discover.  KVHA does not accept checks, money orders, or cash.

If your player is playing-up a Division, please make sure to select the new play-up Division when setting up your ice payments.

Players who register after the start of the season will have their first payment pro-rated according to their individual start date.

The Registration "House" is not currently available.

This link is for House player season ice payments only.  Do not schedule payments if you are a KVHA Travel or Ravens Girls player.

Our KVHA House Hockey season begins in late July with a series of Conditions and Evaluation Skates to prepare for the House Draft mid to late August.

Read on for requirements and other helpful information...

CONDITIONING SKATES:  The optional conditioning skates are provided by the association for your child’s benefit.  Many of the drills that will be covered in these skates will be the similar to the evaluation skate drills. They are a great chance for kids to shake off some rust, realize that they have outgrown equipment, or just be more comfortable going into the evaluation skates.

All players participating in conditioning skates must be registered with our association and USA Hockey.  This is very important for players to all be covered by the USA Hockey player insurance.

The evaluators will rate players based on 5-6 different skills.  These ratings will be combined to arrive at an average rating to be used in the draft.

In viewing hundreds of kids during the evaluation skates, as well as being seasoned hockey professionals, the PuckMaster's staff is able to pick out sandbaggers.  These players will be rated based on the evaluator’s perceived player skill level.  The draft provides coaches with a “window” of only three times the number of teams (6 teams = 18 player options per pick) to choose from, thus limiting the chance of sandbag or sleeper picks.

The draft is likely one of the most misunderstood processes in all of youth hockey.  The mystery of what happens behind closed doors (draft is only open to one representative from each team and Board Members), leads to numerous complaints and allegations of stacked or rigged teams.  To begin, the draft rules are dictated by MAHA regulations and the draft is attended by a MAHA representative.  Some of the regulations include number of 1st/2nd year players, out of district players, and goalie selections.  The goal of the draft is to create even teams across each division.

So how are some teams better than others?  Most of this is pure dumb luck, including which coach receives the 1st pick (reverse order in even number rounds).  While the evaluations give a glimpse into each player; some kids perform better in drills than game stress situations (some opposite) and some kid’s brains are still in beach mode during the skates…some kids improve quickly, while others take a little longer adapting to changes in the game. Since most complaints arise around the mid-point of the season, it is recommended that families work with their coaching staff to grow and strengthen as a team.

Coaches are not provided player lists or ratings until just minutes before the draft.  Certainly some coaches earn a slight advantage by knowing the kids, making their own evaluation notes, and being able to “read” the draft.  Each coach comes to the draft with their own plan: some take top rated players each time, some select players/families they know, others seem to use a horoscope or pick by name during the draft.

Prior to the draft, coaches are warned not to agree to any deals and to avoid additional protected player requests.  They are also urged to report any pressure to comply.

In the end the MAHA representative present at the draft, as well as the KVHA Board of Directors, have the power to invalidate the draft if there appears to be any integrity problems.  This could lead to coaches having to re-draft or teams being assigned based on ratings alone.  The draft results are final and we are not allowed to make any changes.

Each year the association receives numerous request to be placed with a certain coach, avoid another coach, ride-share, best-friend, etc.  Unfortunately, these request are not allowed under MAHA regulations. Each coach is only permitted one protected player (which is usually their son/daughter).  Families are allowed to make requests known to various coaches, but the final decision lies with the coach and is limited to the availability of those players.